What is Hirschsprung’s disease? 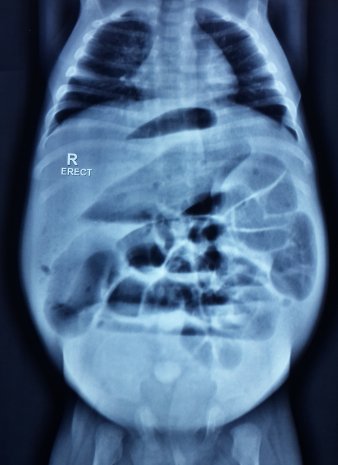 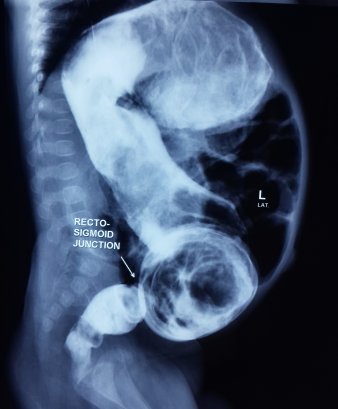 
If the nerves or ganglion cells are not present in a part of the intestine, that intestine does not move things through. The affected area acts like a blockage.

Variable length of intestine can be affected by this disease. The most common is Recto-sigmoid disease (80% of the total cases) in which the terminal few centimeters of large intestine is affected by the disease. The uncommon forms are long segment disease and total colonic aganglionosis (TCA).


What are the symptoms of Hirschsprung’s disease?


How common is Hirschsprung’s disease?

Hirschsprung’s disease is found in approximately 1 in 5000 children. Boys are commonly affected than girls.

What are the tests to be done?

The diagnosis of Hirschsprung’s disease is based on the clinical history, X-ray studies and a rectal biopsy.

Water-soluble contrast enema: In this study, a tube is gently placed in the rectum. Liquid dye (contrast) is injected to see if there is a narrowing of intestine (area where the nerves are not present) along with a distended intestine above the abnormal segment. This region is called where there is a difference in caliber of intestine (narrow abnormal segment and dilated normal segment) is called the “transition” zone—the transition between the narrow distal bowel with no ganglion cells and the proximal dilated colon. The study indicates approximately the length of colon without ganglion cells.

Rectal Biopsy: Full Rectal biopsy is the gold standard for the diagnosis of Hirschsprung’s disease. It is a minor surgical procedure performed under anesthesia. A small piece of rectum (terminal large intestine) is taken through the anus and the defect is closed with sutures. The biopsy is sent for examination by an expert histopathologist.

Manometry: In this study, the relaxation of the sphincter muscle will be measured. Lack of relaxation is suggestive of Hirschsprung’s disease.

What is the treatment of Hirschsprung’s disease?

A single stage trans-anal pull-through procedure is the current procedure of choice. The abnormal rectum and part of large intestine is removed through the anus and normal large intestine is joined with anus. A biopsy is sent from the normal looking intestine during the operation (intra operative frozen section) to confirm presence of ganglion cells in the part of intestine which is to be joined with anus. The whole procedure is completed without opening the abdomen in most of the cases.

The three stage procedure is employed when the baby is very sick, and has massive abdominal distension which is not relieved with rectal washouts. It is also employed when frozen section facility is not available.

What are the risks of surgery?

Bleeding, infection, anastomotic leak and intestinal obstruction are few of the risks which affect a few babies after the surgery.

What is the long term outcome?

The long term outcome is excellent. The problems like frequent stooling and constipation are encountered during first few years of life and usually settle after toilet training.